Social Dialogue in need of a new start, ETUC ready and willing

European trade unions are ready and willing to give social dialogue a new start, and will participate actively in the High Level Conference on Social Dialogue on March 5*.

“Social dialogue is in need of a new start” said Bernadette Ségol, Secretary General of the European Trade Union Confederation (ETUC). “There needs to be more concrete results and better implementation at European level. At the same time, national social dialogue needs to be repaired from the damage caused by ‘structural reforms’ and other EU and national policies adopted since the crisis.”

The ETUC calls for

“Dialogue is not just about talking, it is about reaching agreements and acting on them” added Ségol. “There needs to be a clear commitment from business and EU institutions to quality jobs, and to positive social as well as economic impacts from EU policies.”

“I hope tomorrow’s conference is a sign that the European Commission understands the need for a new, fairer approach. The ETUC is ready and willing to give social dialogue a new start.”

“Social dialogue is part and parcel of the European social model and of European democracy. Sound industrial relations, and a constructive relationship between employers and trade unions, contributes to the competitiveness of Europe’s most successful economies.”

*Taking place in the Charlemagne Building with Commission President Juncker, Vice Presidents Dombrovskis and Ansip, and Commissioners Thyssen, Moscovici and Navracsics as well as Parliament President Schulz and the Prime Minister of Latvia Straujuma. 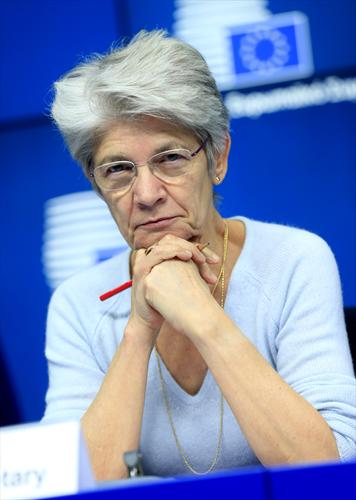