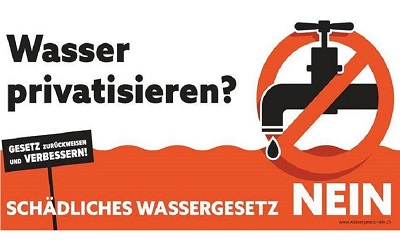 The public service workers’ trade union in Switzerland, VPOD, has campaigned with civil society organisations to preserve public access to water and other essential services in Zurich.

54.6% of citizens in the Zurich canton voted in a referendum in February against a government plan to allow partial privatisation of water utilities and give private landowners a greater say over the management of rivers and lakeshores.

This success shows the continued support among Europeans for public ownership of water utilities and the EPSU-backed campaign @right2water.