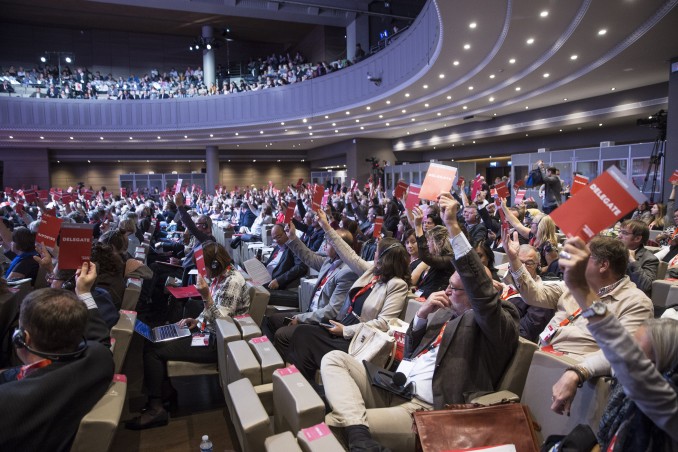 Five years ago, on September 29, both major Spanish unions, CC.OO and UGT organised a general strike against the neoliberal reforms that the Spanish government was launching in Spain. On Tuesday, as the ETUC Congress opened, Spanish workers continued to suffer the impact of the economic crisis, the labour reforms and a trade union witch-hunt, with 300 trade unionists penalised for exercising their right to strike.

Moreover, on Tuesday, Spanish Courts confirmed the start of the trial of eight AIRBUS union reps and the sentencing of five ARCELOR MITTAL union reps as a result of their participation in picket lines during the last two general strikes in Spain (2010 and 2012).

The right to strike and trade union freedoms are under threat in Spain.

Therefore IndustriAll Europe, together with UGT and CC.OO industry federations, and CC.OO and UGT confederations, call for the support of ETUC Congress in strongly rejecting these attacks on fundamental workers' rights.

The Spanish federations and confederations appeal to the European trade union movement to join the ongoing campaign Striking is not a Crime by sending resolutions, letters and emails demanding withdrawal of the charges against workers.

Defending workers' rights is not a crime, it is our right.