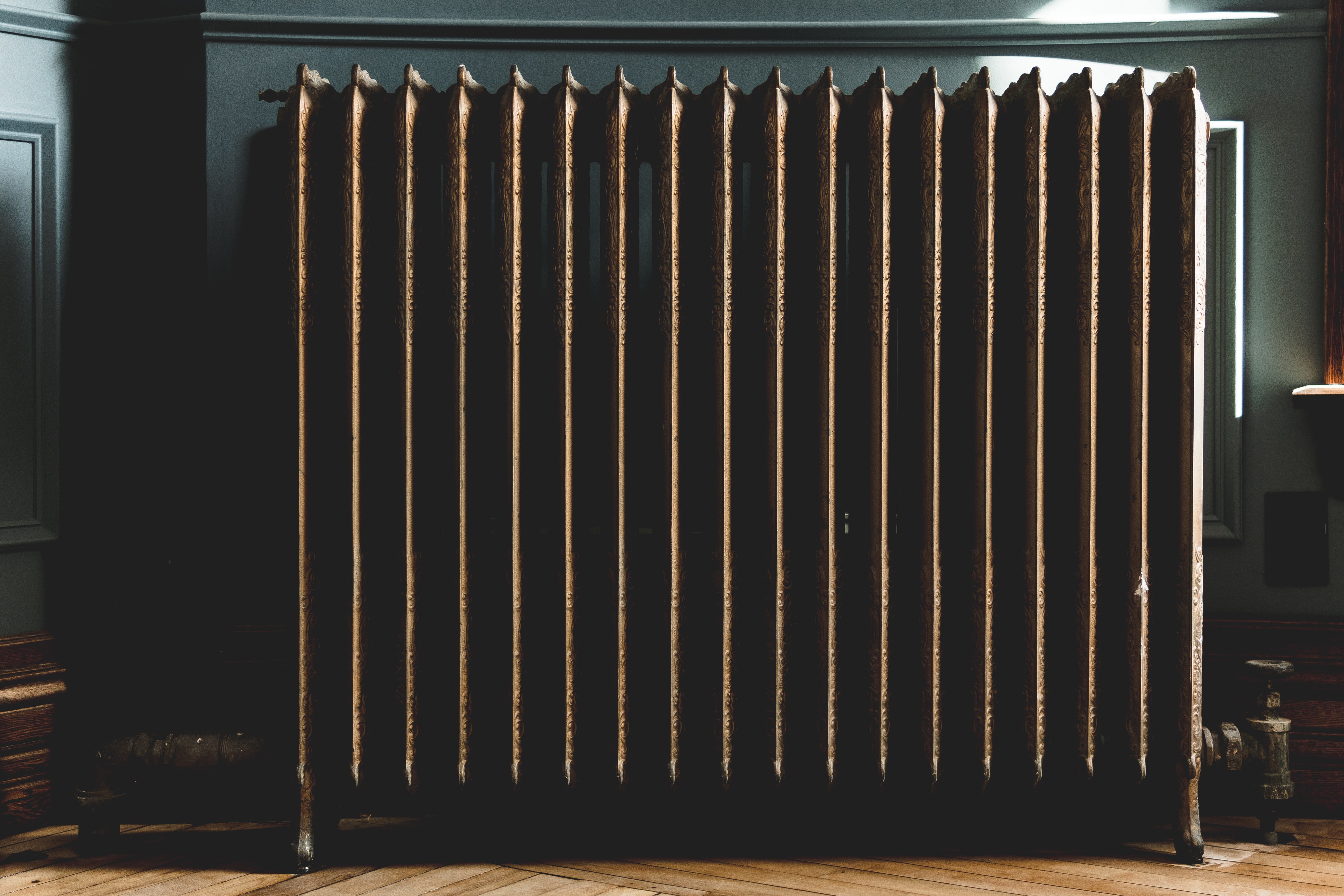 Adopted at the Executive Committee meeting of 8-9 December 2021

On 14 July 2021, the European Commission published its Fit for 55 Package. This package consists in 13 legislative proposals that aim at aligning EU climate and energy policies with the new climate targets set by the recently adopted Climate Law – a GHG emission reduction of 55% by 2030 compared to 1990 levels, and climate neutrality by 2050.

As part of this package, the Commission proposes to create a new ETS as from 2026, covering road transport and buildings. This new separate self-standing ETS would focus on upstream fuel suppliers. Emissions from road transport and building sectors would be capped, with the cap reduced over time so that total GHG emissions for these sectors are reduced by 43% by 2030 as compared to 2005. This system would aim at creating a price incentive for companies and consumers to switch to low carbon solutions while raising additional revenues to finance the transition[1]. Overall, this new system is expected to raise €288,8 billion over a seven-year period.

In parallel to this second ETS, the Commission also proposes to create a new Social Climate Fund. The objective of this new fund would be to counter the negative impact of the new ETS on building and transport by financing activities that would principally benefit vulnerable households, vulnerable micro-enterprises or vulnerable transport users, in particular by ensuring affordable and sustainable heating, cooling, and mobility. To benefit from the fund, Member States would need to develop Climate Action Social Plans, as part of their National Energy and Climate Plans. In terms of budget, the new Social Climate Fund is expected to raise around €72,2 billion over a seven-year period, equivalent to 25% of the revenues to be generated by the new ETS. In addition, Member States would have to co-finance their Climate Action Social Plans by dedicating another 25% of the revenues they generate through the new ETS. The total amount spent on those plans would therefore be around €144 billion.

ETUC does not reject the idea of creating carbon pricing mechanisms per se. Indeed, in some cases, such mechanisms can help provide the right incentives to companies and consumers to move towards more sustainable alternative solutions. However, such mechanisms should always be designed in a way that they create the right conditions for a just transition and do not lead to more inequalities and poverty.

In that regard, ETUC has expressed several concerns about the idea to create an ETS covering road transport and buildings:

If not addressed properly, all these effects combined could result in a lack of political acceptance of climate policies by EU citizens and in some sort of political backlash, such as the gilets jaunes movement in France. Far right, climate sceptic or Eurosceptic movements would also use any real negative effect of a second ETS on revenues of working people and vulnerable households to fuel their own political agenda. The EU cannot take the risk of jeopardising the unprecedented efforts of the European Green Deal.

The Commission’s proposal to create a new Social Climate Fund tries to address some of these concerns through several mechanisms: (1) it would redirects part of revenues generated to help compensate vulnerable households; (2) it foresees an allocation criteria to ensure solidarity among Member States to correct the effects of a common EU carbon price; (3) it creates a separate self-standing ETS decoupled from the current ETS to avoid inadequate carbon pricing; and (4) it foresees a transition period with frontloading of money one year before the second ETS enters into force. We acknowledge these proposals, but they appear to be insufficient to fully address the worries expressed above.

Indeed, the creation of a Social Climate Fund to mitigate the effects of the second ETS only partially answers the concerns expressed by ETUC: for example, the current Commission’s proposal of combining a second ETS with a new Social Climate Fund does not solve the issue of inelasticity to higher carbon prices of the road transport and building market, nor does it provide sufficient resources to both compensate workers and their households from higher energy prices and to finance the transition to clean solutions. It is also not clear how the current proposal would provide sufficient fund to both compensate the regressive effects of the ETS2 and eradicate already existing energy poverty. Finally, the Commission does not answer concerns related to the potential political backlash the creation of a second ETS could create.

In order to answer those concerns and to guarantee workers’ support to the climate agenda, ETUC is of the idea that a Social Climate Fund is needed and opposes the proposal of a new ETS for road transport and building.

The idea to create a Social Climate Fund as proposed by the Commission is welcomed and supported by ETUC. A new fund to support households in dealing with rising energy prices and in investing in energy efficient, and clean, housing and mobility solutions is indeed needed urgently. Along with adequate resources to secure a just transition of the workers in the construction and transport sectors.

ETUC therefore suggests creating a new Social Climate Fund as a standalone proposal and to finance it with other – more progressive – sources of revenues. For example, part of the revenues generated by the existing ETS could be used to compensate vulnerable households for rising energy prices. The additional money available due to the phase out of subsidies to environmentally harmful activities would also help to finance the fund. Other sources of revenues related to a fairer taxation system could also be mobilised, such as the introduction of a Financial Transaction Tax, a minimum corporate tax, a Common Consolidated Corporate Tax Base with an appropriate apportionment formula, a digital tax or a Wealth Tax.

It should be clear that cap and trade mechanisms such as ETS are not the only policy instrument available to achieve GHG emissions reduction and should not be the core of EU’s climate action. In that regard, ETUC welcomes the Commission’s proposal to revise existing standards and regulations to increase the uptake of clean mobility solutions on the market (e.g. through CO2 standards for cars and vans) and to reduce the energy consumption of buildings. It should, however, be made sure that these changes are accompanied by sufficient measures to ensure the just transition of the workforce in these sectors, as well as sufficient financial support to guarantee affordable renovation costs and adequate public transport infrastructures. To complement these standards and regulations, ETUC believes that a possible alternative to the creation of a new ETS on road transport and building could be to use the Energy Taxation Directive to provide a price incentive, while ensuring a control over energy prices and a progressive taxation based on the revenues of households, the share of urban versus rural, and the country reality. The revenues generated by such taxation would, in any case, need to be recycled to support workers and their households and ensure a socially fair transition and could also be used to finance the new Social Climate Fund.

If unanimity procedure prevents these proposals to be deployed and if – despite the above recommendations – EU policy makers decide to go ahead with the creation of a second ETS covering road transport and buildings, ETUC calls for a much stronger Social Climate Fund to mitigate the effects of the new ETS with a truly progressive redistribution of the revenues generated and a just transition.

Mitigating the effects of the new ETS with an improved Social Climate Fund.

Boosting the Social Climate Fund would require the following changes to the current Commission’s proposal:

ETUC believes that the Fit for 55 package can only be socially fair and acceptable for EU citizens if it does not lead to loss of revenues for low- and middle-income households. In that regard, a new ETS on road transport and buildings risks to fail the test of public opinion. ETUC recalls that carbon pricing policies should not be the core of EU climate action. When it comes to road transport and building, we believe that regulation and standards also have a role to play. More should also be done to implement the energy efficiency first principle, notably through strong measures to support low- and middle-income households. Boosting initiatives under the EU renovation wave and the EU Smart and Sustainable Mobility Strategy could significantly contribute to that objective. In parallel to that, the Commission should put more focus on the need to increase living standards of people to avoid energy poverty and to make sure households can afford the green transition. Measures to increases wages and to implement the European Pillar of Social Rights should be higher on the political agenda. An adequate Social Climate Fund to support vulnerable households is part of the answer.

Trade unions have been front runners in asking for a socially fair and ambitious climate action. Furthermore, trade unions do not wish to allow the opportunity for the far right to use the regressive effects of the new ETS on road transport and buildings on workers and their households as a reason to challenge climate policies. Nor can we gamble workers' support for climate policies on the belief that governments that have allowed fuel poverty and low wages to grow will, with the Social Climate Fund, really tackle strongly and genuinely the regressive consequences of the introduction of the new ETS. The urgency of climate action and just transition requires from us to fight the climate sceptics while proposing solutions that will improve the living conditions of workers and their households. This is also what we expect from the EU and national policy makers.

[1] The European Commission estimates that based on a carbon price of ~€50/tCO2, this new ETS would generate around €47 billion of annual revenues.

[2] Hence the need to boost the roll out of the charging infrastructures needed to enable the uptake of electric vehicles and to accelerate the uptake of energy efficiency and decarbonisation solutions in buildings.

[3] It should be noted that trade unions also have a role to play to negotiate with the employers – through social dialogue and collective bargaining – mobility solutions to accelerate the uptake of low carbon transportation in companies and modal shift.

[4] See ETUC resolution on EU taxation and own resources, March 2021