The ETUC calls on the European institutions to adopt quickly the agreement reached today by the European Commission, Parliament and Council on the Regulation establishing a European Labour Authority.

The Authority will strengthen workers’ rights by helping national authorities apply and enforce European labour law and to fight abuses in labour mobility, social security and the posting of workers. The Authority will also improve the information to workers and employers on their rights and obligations, coordinate and support inspections and facilitate cooperation between Member States in  applying  and enforcing EU law.

Liina Carr, ETUC Confederal Secretary, said “Setting up the European Labour Authority is a useful step forward in the fight against the abuse of workers’ rights. It also represents progress in putting  the European Pillar of Social Rights into practice.

“The authority must play an active role in tackling bogus self-employment and letterbox companies”.

The ETUC is disappointed by the restrictions on role of the ELA in international transport, in which major abuses are well-known to take place. The ETUC will remain vigilant to ensure the proper involvement of trade unions and employers in the governance of the Authority, which has been improved compared to the original proposal. 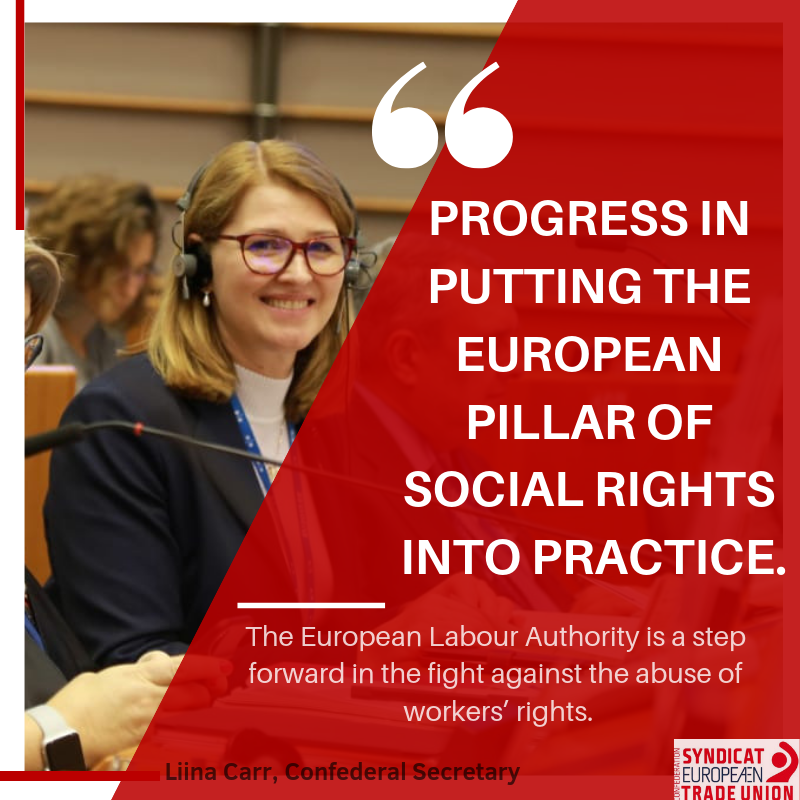