ETUC General Secretary Luca Visentini today called on the European Parliament, in its discussions and votes in the oncoming weeks, to support democracy and a more just and sustainable Europe.

"I congratulate David Sassoli on his election as President of the European Parliament. The ETUC is ready to work with him and the Parliament to defend and deliver on the needs of Europe's working people and citizens for a more social, sustainable and fair Europe"  said Luca Visentini.

“Europe is facing a social, political and climate crisis, and voters sent a clear request for change. A leadership is needed that will move fast to mobilise investment in new and better jobs, urgently addresses climate change, tackles inequality and improves working and living conditions for all, so stopping growing disillusionment in democratic politics.

“The real question is whether the team agreed by the Council yesterday will do that. The decision of the Council seems to have been about personalities and finding a deal, and not about delivering change. Additionally, the candidates who have run for the top positions in the European elections have been completely excluded from the nominations, so undermining the European democratic decision making process.

“While welcoming more gender balance in the top jobs, this cannot be a business-as-usual team. We question the selected candidates’ track record on austerity policies and unregulated globalisation, which has produced massive inequalities and social exclusion. We look to MEPs to show that our democracy is about delivering on people’s needs. 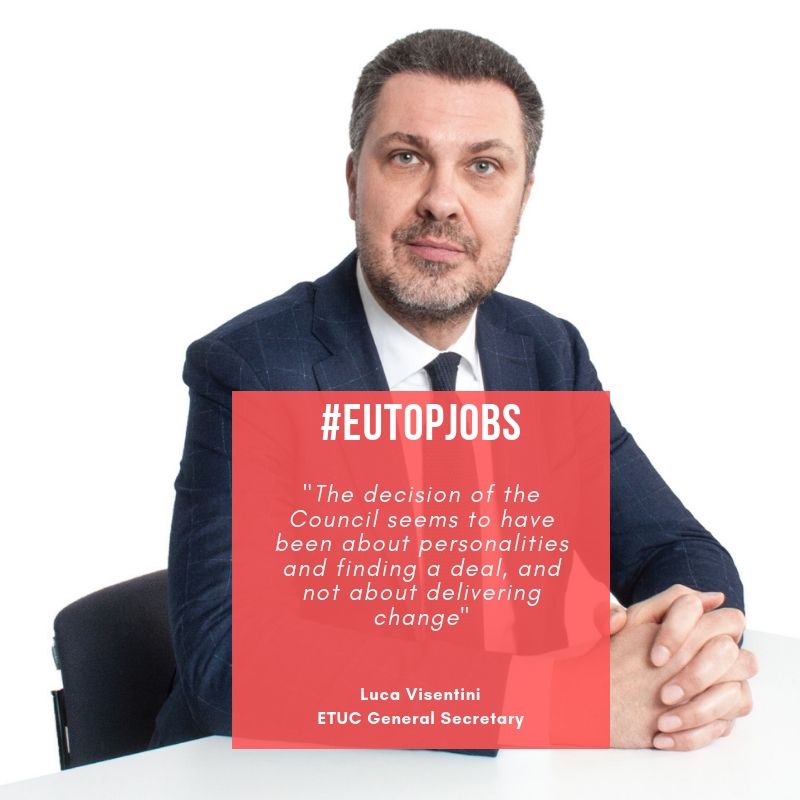