Today the European Parliament Employment Committee voted to adopt a report on the proposal for a new EU Directive on Transparent and Predictable Working Conditions.

Commenting on the vote Esther Lynch, ETUC Confederal Secretary, said “What's needed next is that the European Parliament confirms the decision next week in Plenary in Strasbourg.”

“The vote was crucial because it demonstrates that the EU is capable of responding to the needs of vulnerable workers who are trapped in abusive flexible contracts. It also shows that the principles in the European Pillar of Social Rights can be turned into reality.” 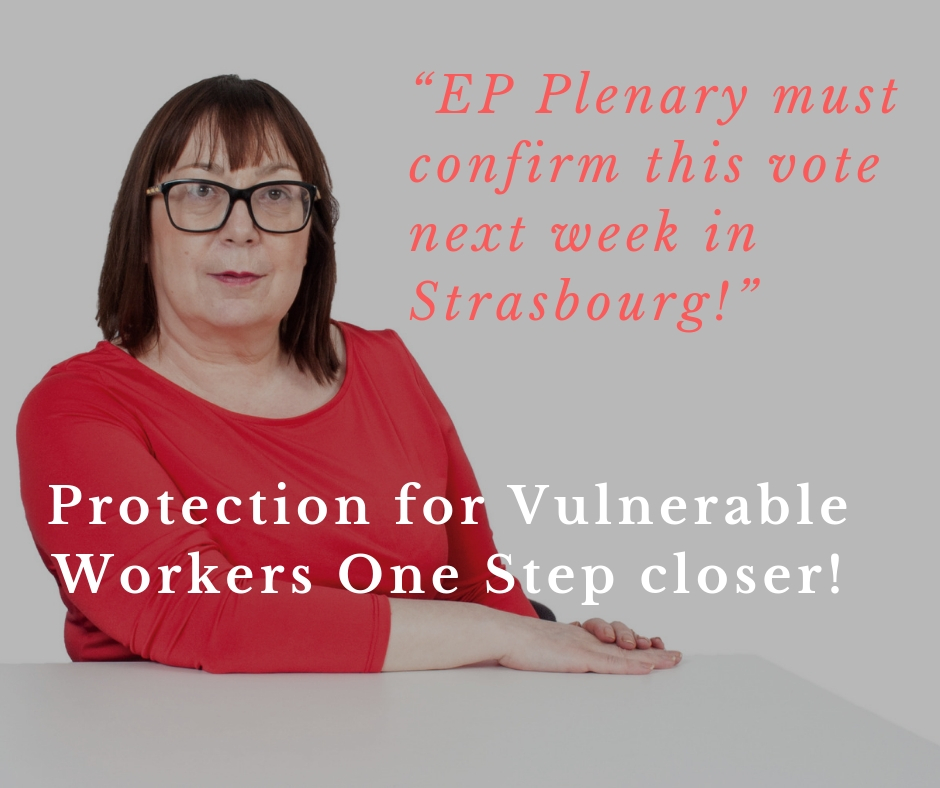