Raising the minimum wage in the UK 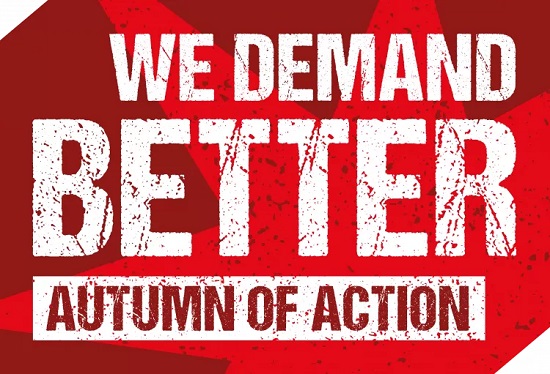 An autumn of action is on the agenda for trade unions in the UK. The Trades Union Congress (TUC) is calling for a minimum wage of £15 (€17.35), help with soaring energy bills, and a real pay rise for every worker.

Trade unions will be holding public meetings in every region of England and Wales to set out plans for a fairer deal for working people in response to the cost-of-living crisis. A National Day of Action will take place on Friday 14 October, with local events highlighting the need for wage rises. A mass lobby of Parliament on 19 October will be followed by a rally in central London, where trade union leaders will outline how they are fighting for higher pay and fairer treatment at work.