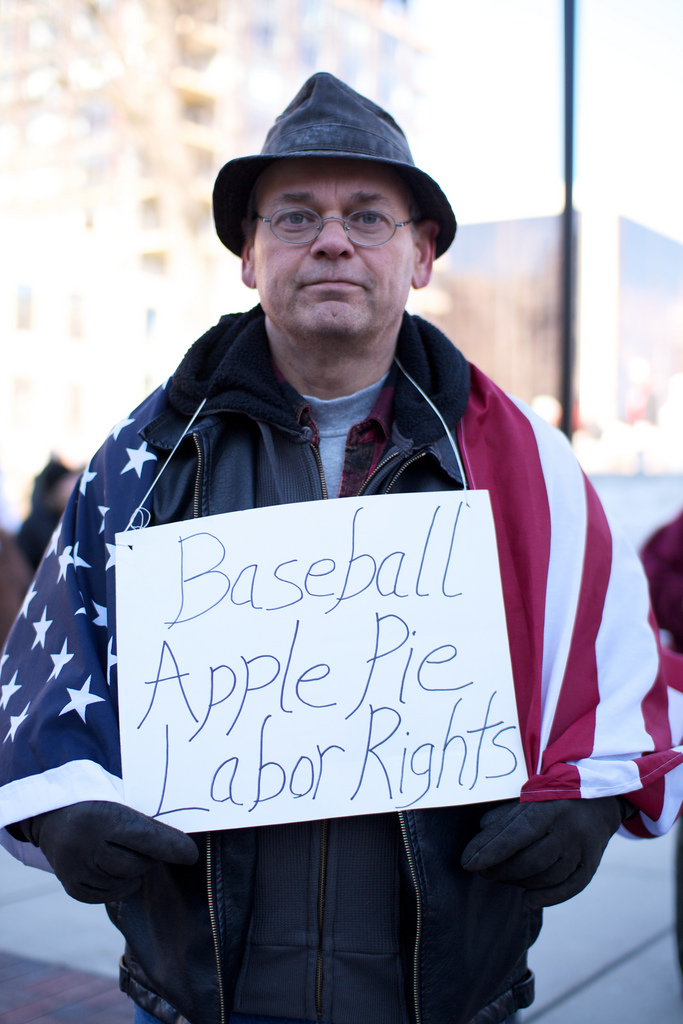 The launch of negotiations for a Transatlantic Trade and Investment Partnership with the USA represents a significant step-change in transatlantic relations, which collectively account for half of global GDP in terms of value. We are constantly told that this is more than a trade agreement, in yet when it comes to the social dimension we are still trapped in the trade-logic.

The economic scale of such a transatlantic agreement, means there will undoubtedly be significant consequences (potentially positive and/or negative) for not only on jobs and their quality in Europe.

We recognise that if the agreement is based on the best practices on each side of the Atlantic it could have positive impacts on jobs and investment flows, supporting a sustainable economic recovery. However, we are extremely cautious, especially about hyped job potential and the scope of the agreement, as without safeguards for labour and public services in particular we don’t see the TTIP as a silver bullet for a quality recovery in Europe.

We know that the Commission is trumpeting the 2.2 million jobs which could result from all the current FTA negotiations. But we currently lack a comprehensive sustainability and employment impact assessment. The Commission has only just completed the tender process which means the analysis won’t be completed until the end of next year, despite the fact that text will already be on the table from the start of the year.

The only European level TTIP study is that done by CEPR with which we have some real concerns. The study is based on an assumption which uses wages as an indicator for job creation, alongside mass labour market flexibility. Arguing that companies would keep wages flat and invest the wage premium in new jobs, we are concerned for 3 reasons: 1. considering that stagnant or falling real wages across Europe are part of our current economic crisis – this is very worrying as a basis for analysis and policy. 2. There is no guarantee that jobs would be created rather than profits be fed to shareholders through dividends – further decreasing wage share. 3. As the regulatory barriers targeted explicitly include labour market, health and safety, and employment protection rules and agreements, there are no guarantees on the quality of jobs resulting.

This situation has meant that a number of member states have started their own assessments. Together with the ETUI, we are preparing a more indepth analysis, but this should have been done with social partner input at an earlier stage by the Commission.

Consequently the ETUC has been clear from the outset that to garner our support any resulting TTIP agreement must be a gold standard agreement in social and environmental terms, which means three things for us:

1. ensuring the agreement or subsequent structures do not reduce existing standards or impinge on public authorities’ right to regulate or provide public services, particularly in relation to regulatory compatibility and investor protection.

2. Any agreement must not hinder legislators from passing laws or otherwise dealing with the fields of employment policy, social security, environmental protection, or occupational health and safety protection. We are preoccupied by the potential for regulatory freeze and capture in the proposals being discussed currently.

3. any agreement must respect sustainable development and labour rights – we see the possibility to go beyond the traditional sustainable development chapter and look at cooperation in improving living and working conditions on both sides of the Atlantic. DG EMPL already has a good dialogue with the US Dept of Labour – why not build on this in specific areas of mutual interest

Specifically in relation to labour rights, we are arguing strongly that labour rights must be enshrined in the body of the agreement, applicable to all levels of government in each party, and be subject to equivalent dispute settlement mechanisms as other issues covered by it, including enforcement. The ETUC has specific concerns about the lack of ratification of ILO conventions and the violations of fundamental labour rights in the US, notably on the right to organise and negotiate collectively, and particularly but not exclusively in Right to Work states. Dispute resolution must be based upon an independent and transparent complaints process, allowing Trade Unions and other Civil Society representatives to place complaints. Independent experts of the ILO should assess complaints. Plus as OECD member states, the Multinational Guidelines should also be included and linked to the responsibilities of investors within the investment chapter.