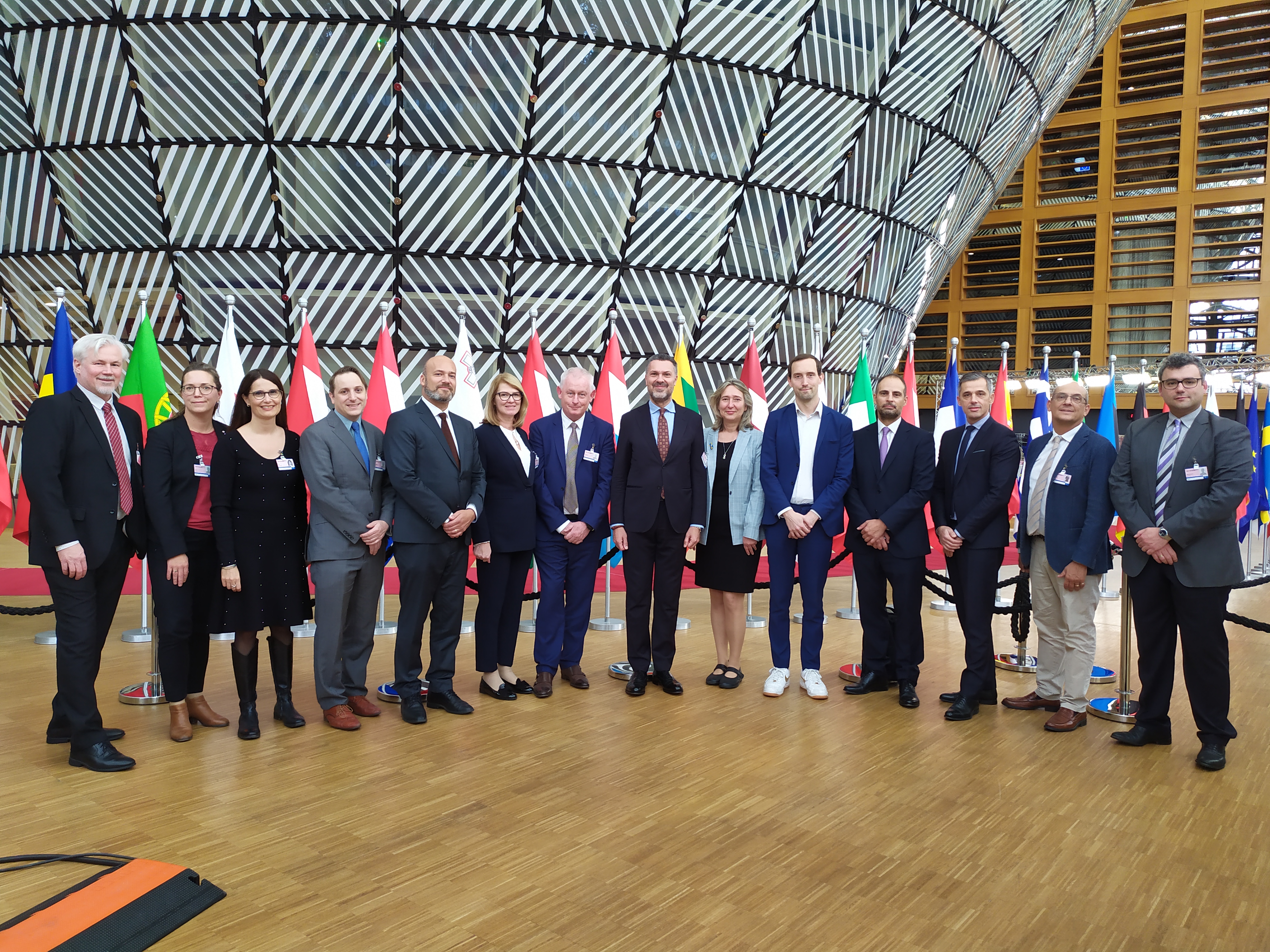 Tackling the energy crisis and the cost of living crisis: How to protect the economy, businesses and workers

It’s a great pleasure to meet all of you in person, after more than two years of meetings online.

We hoped that this would have been the occasion to come together to celebrate the end of the pandemic, with a robust and sustainable recovery and a substantial rise in quality of employment and working conditions.

Unfortunately, despite the ambitious investment plans of Next Generation EU, we are now facing the real risk of a long and deep recession, due to the consequences of the war in Ukraine and the nasty speculation on the supply of energy and goods which followed it.

The European trade union movement has strongly condemned the invasion of Ukraine, and we keep calling on Russia to respect Ukraine’s territorial integrity, demanding the immediate cessation of military operations, and calling for dialogue and talks for peace.

We support all necessary forms of sanctions, which target the interests and assets of the Russian leadership and elites, but also Belarus for its part in the military aggression and persecution of people.

At the same time, we need to draw the attention of all European institutions to what is happening in Ukraine regarding social dialogue and workers’ rights. A recent bill approved by the Ukrainian Parliament and signed by President Zelensky has completely banned any kind of social partnership, collective bargaining and right of trade unions to organise from all Ukrainian companies with less that 250 employees, which means more that 90% of the economy.

This constitutes a clear violation of all core ILO conventions, but more importantly of the EU values of social market economy and social dialogue at the basis of the European social model.

On top of this, social partners in Ukraine are completely excluded from any talks regarding reconstruction, opening the door to foreign multinational companies, cheap labour, and corruption to take over the whole process of rebuilding the country.

Trade unions, both at European level and in Ukraine, strongly support the accession process of the country to the EU, but we appeal to all of you to ensure that this happens in full respect of the EU rules and values, particularly the rule of law and social dialogue.

The crisis following this horrible war is bringing an escalation of energy prices, high levels of inflation, and disruption of supply chains, so putting at enormous risk companies and jobs, and pushing people into poverty.

We appreciate the efforts made by the EU institutions to implement European solutions, reviving the spirit of solidarity and cohesion that we were able to deliver at the time of COVID.

But to be very frank, we also see on the contrary nationalism and egoism re-emerging, with the richest countries introducing measures of support just for their own citizens and businesses, while opposing any common instruments at EU level.

This is unacceptable for working people.

Workers are the victims of this crisis, with their wages falling while prices for everyday goods are rising. This is making existing 3 inequalities even worse, with low paid workers and vulnerable people hit the hardest.

Wages are not the cause of inflation. We expect employers, governments, and the EU to take urgent measures to tackle the costof-living crisis by ensuring pay rises, emergency support for struggling families, a cap on prices, taxation and redistribution of excess profits and wealth.

We demand pay rises to meet the increase in the cost of living and ensure workers receive a fair share of profits and productivity gains, as well as measures to promote collective bargaining as the best way to achieve fair pay and a sustainable economy.

In this respect, we would welcome a swift transposition of the Minimum Wages Directive in all Member States, particularly through the implementation of the Action Plans to strengthen collective bargaining.

We demand payments targeted for people struggling to afford their energy bills, to put food on the table and to pay the rent. People in poverty cannot be expected to pay unaffordable bills and there needs to be a ban on disconnections.

We urge the Commission and Council to agree on effective price caps especially on the cost of energy bills, and on taxes on excessive profits of energy and other companies, to ensure they are not allowed to speculate on this crisis, along with other measures to stop profiteering, such as curbing dividends, and to prevent speculation on food prices.

We also expect a radical reform of the functioning of the EU energy market. There is a need to recognise that energy is a public good and to boost public investment to tackle the root causes of the crisis, such as the under-investment in green energy and the consequences of privatisation.

Last but not least, we urge governments to develop National anticrisis support measures to protect incomes and jobs in industry, services and the public sector.

All Member States must be given the possibility to do so, regardless of their so-called fiscal space.

That’s why we demand that the Commission and Council urgently implement a powerful emergency instrument at EU level, adequate to protect companies and jobs, but also to support people’s incomes, to finance social measures to cope with the crisis, and to accompany climate transition in a socially just manner.

This instrument should be based on the positive example of the emergency measures agreed in the Summer 2020, particularly SURE, but with a broader scope able to tackle all economic and social consequences of the war.

I want to be clear: REPowerEU and NextGenerationEU are fundamental instruments which we fully support, but they are not the right ones to implement social and employment measures. If you don’t like the name ‘New SURE’ you can call it something else, what is crucial is that you do it soon and put enough fresh European resources into it.

The price of inaction or adopting the wrong response, such as interest rate increases, pay freezes or return to the failed austerity agenda, will be catastrophic.

We are, as always, at your full disposal to help, though social dialogue and collective bargaining, at European, national, and sectoral level.

We strongly demand that social partners are fully involved in the design and implementation of all these urgent measures.

Thank you very much for your attention.

19.10.2022
Speech
In Economic governance
I want to be clear: REPowerEU and NextGenerationEU are fundamental instruments which we fully support, but they are not the right ones to implement social and employment measures. If you don’t like the name ‘New SURE’ you can call it something else, what is crucial is that you do it soon and put enough fresh European resources into it.

The price of inaction or adopting the wrong response, such as interest rate increases, pay freezes or return to the failed austerity agenda, will be catastrophic.
Print