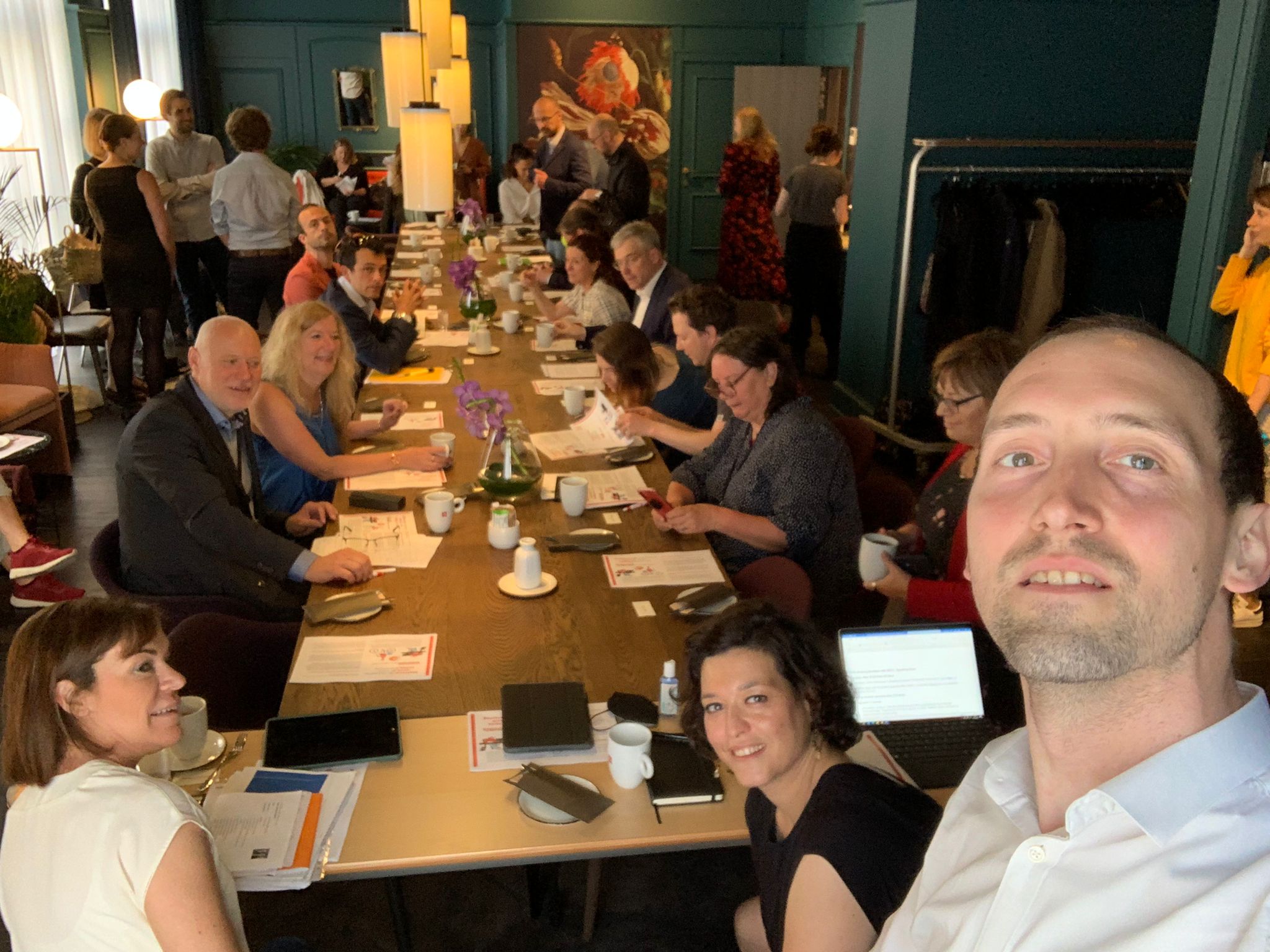 Dear Members of the European Parliament,

Thank you all for being with us. It's great to see you in person and to organize this exchange at an important moment in the Directive's agenda to improve the working conditions of platform workers.

Very briefly, some key messages, because the moments to come will be moments where the intensity of the platforms' lobbying will further intensify to prevent legislative progress. There are 23 million companies in Europe. There are maximum 5000 platforms in all of Europe. So less than one company in 5000. We are not going to accept that labor law is written à la carte for a few venture capitalists when the other 23 million companies must respect the rules. It is urgent to regulate before it is too late. In this period, we must remember that we succeeded in setting the terms of the debate when others told us it was impossible. The same is true today, when the Commission's technical services are presenting a presumption on the cheap.

Let it be clear that a rebuttable presumption of employment that must be activated by a worker or a labor inspectorate is not a rebuttable presumption of employment. The only option on the table is to put the burden on the platforms to adapt or rebut, by bringing evidence of how its algorithm works. It would then receive validation that it can work with freelancers if the rebuttal is successful. Otherwise, all its workers must get all their rights back. Any other option will cost far too much in litigation and will be ineffective. Any other option will not protect the 5 million misclassified salaried workers, but will also put the 23 million active freelancers on platforms at risk of being subordinated overnight by the next update of the platform's terms and conditions.

A few quick words on the platforms' arguments:

1. The Directive will prevent innovation. I may be intellectually limited, but what does innovation have to do with the status of the workers we work with? Innovation is research and development, but this « innovation » is merely precariousness organized by an algorithm.

2. Platforms show that salaried employment does not work because Just Eat is closing in 20 French cities. However, it does not mention Delivery Hero, which jumped 7.37% on the Frankfurt stock exchange on December 22, because its subsidiary Foodpanda announced that it was ceasing operations in six German cities, reducing its presence to a hub based in Berlin. 2 differences between these two situations. Just Eat workers will have their social rights. And Just Eat has to face the competition of those who do not apply the wage system despite clear jurisprudence in this matter.

3. The requalification of workers in Geneva would have led to a 76% reduction in the number of active workers. If one worker is given 1 full time job, while previously 4 of them were competing for the same income, it is logical that the number of "opportunities" has been reduced. But the same arguments are used against the introduction of minimum wages in the sectors.

4. A weak presumption with criteria reminds me of the investigative methods of Inspector Columbo, which I also like very much. It is counting on interrogation techniques (criteria) where one prays to heaven that the accused will confess or that a clue will be found, where one could use DNA technology but refuses to do so. But the DNA of the platforms is the algorithm. If we want to investigate, we have to open the algorithm. And therefore to use open criteria at the same time as the algorithm.

So, I hope that our exchange will be rich. You have received our proposed amendments and our explanatory brochure.

19.05.2022
Speech
In European Parliament, Platform Economy
The only option on the table is to put the burden on the platforms to adapt or rebut, by bringing evidence of how its algorithm works. It would then receive validation that it can work with freelancers if the rebuttal is successful. Otherwise, all its workers must get all their rights back. Any other option will cost far too much in litigation and will be ineffective
Print