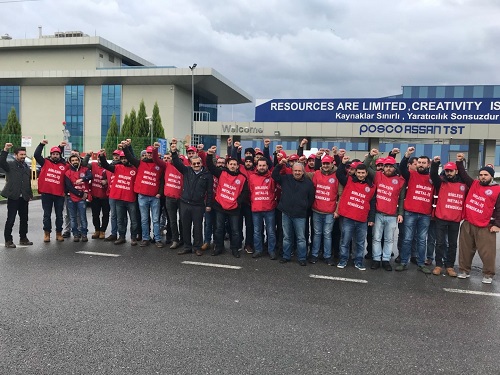 A court in Turkey has upheld the right of workers at the Posco Assan steel plant in Kocaeli to be represented by the union Birleşik Metal-İş and said that 80 employees who joined the union were unfairly dismissed.

The ruling comes nearly five years after the workers lost their jobs. The court confirmed that Birleşik Metal İş is the representative union in the workplace, after its efforts in 2017 to organise the 420 Posco Assan workers who were protesting about their wages and working conditions. The management held individual meetings with workers to intimidate them into leaving the union and fired those who refused.