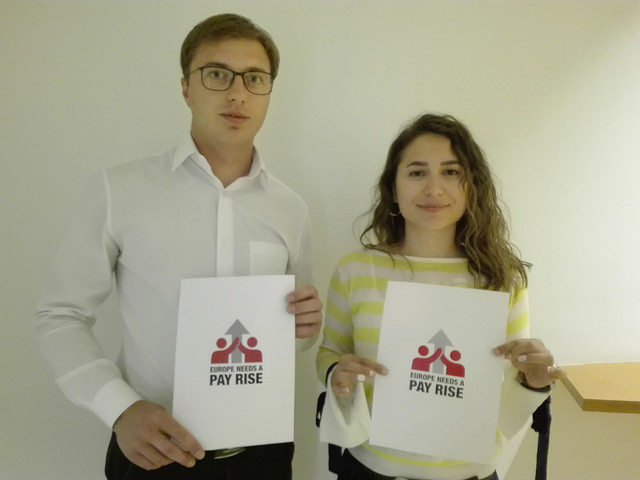 Young people earn below the average wage in all EU countries. But in some the gap is much wider than in others, and is growing alarmingly.  In 2014, the under-30s earned on average 74% of the overall standard wage.  But since 2006, that proportion has fallen by two percentage points or more in 16 EU countries: Belgium, the Czech Republic, Estonia, Spain, France, Cyprus, Latvia, Lithuania, Luxembourg, the Netherlands, Austria, Portugal, Slovenia, Slovakia, Finland and Sweden.

In countries like the Netherlands, Belgium, Ireland, Greece and the UK, lower minimum wages apply for young people. Workers in Germany are not eligible for the minimum wage until they are 18.

To tackle the growing problem of in-work poverty among the young, the ETUC calls for a pay rise for young people. Our demands are:

Background on the youth pay gap

Younger people were earning below the average wage rate in all EU countries in 2014: around 74% of the average. Men generally earn more than women, and yet the youth pay gap is greater. Young men’s wages are 68.6% of the male average and young women’s 81.4% of the female average.

What is more, the youth pay gap is getting bigger in most countries. Average monthly earnings of workers under 30 fell as a percentage of the average wage of all workers in 22 EU Member States between 2006 and 2014.[1] The table below gives country-by-country details.

Average monthly earnings of under-30s as a percentage of all in employment, 2006 and 2014

[1] Figures unavailable for Croatia, Greece and the UK