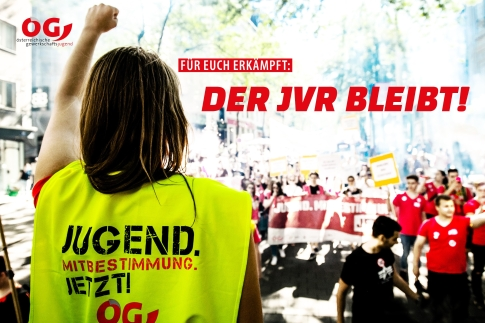 Members of the Austrian trade union confederation ÖGB celebrated their successful efforts to save the national young workers’ council, the Jugendvertrauensrat,  from abolition by the Austrian government.

The young trade unionists helped organise a campaign entitled JVRbleibt (‘the youth council stays’). Nearly 40.000 people signed the petition in support. As a result the government reversed its position and the Jugendvertrauensrat will remain in place.

The young workers’ council represents the interests of apprentices and young employees, making sure that legal regulations on training are adhered to and acting as a mediator between supervisors and apprentices.

"The government has obviously recognised that the youth council is an important partner for all apprentices and young workers,"  said a delighted Susanne Hofer, chairperson of the Austrian youth trade union (ÖGJ). "The tireless efforts of many committed young people and talks with ministers have paid off. Thanks to the campaign, the abolition of the youth council has been cancelled. Our pressure has worked!"