Cruel summer for 38m workers who can’t afford a holiday

More than 38 million people in Europe can’t afford a week’s holiday despite being in work, research for the European Trade Union Confederation (ETUC) has found.

The cost-of-living crisis is adding pressure on working people, with increasing numbers reporting a struggle to make ends meet and putting holidays even further out of reach.

This coincides with a rise in the profit share of European companies, meaning executives and shareholders hoarded more money among themselves to the detriment of workers.

Countries where the share of working people who can’t afford a holiday has risen:

The figures are based on an analysis of Eurostat ‘microdata’, which is not publicly available, by the European Trade Union Institute, the independent research centre of the ETUC. The total number of workers unable to afford a holiday was calculated by the ETUI based on the percentages provided by Eurostat.

Holiday poverty is highly likely to become even worse as a result of the cost-of-living crisis and inflation, underlining the need for workers across Europe to receive a decent pay rise this summer.

The ETUC calls for urgent measures to address the wage emergency in Europe. The EU and national governments need to support working people too with means measures to alleviate the energy and food prices crisis and give income support.

“It might be summertime, but the living is certainly not easy for millions of working people who can’t afford to take a break with their families despite grafting week in, week out.

“A holiday shouldn’t be a luxury. Holidays are an important part of ensuring the health and wellbeing of workers, but couldn’t seem further away for many people struggling to simply put food on the table and pay the rent amid the cost-of-living crisis.

“Meanwhile life’s a beach for the bosses who have used the pandemic to pocket even more of the profits generated by their workforce. Rising holiday inequality shows the European economy isn’t working for working people.

“The EU and national governments have a responsibility to protect and strengthen collective bargaining as the best way of ensuring that working people get their fair share and can afford to enjoy life rather than simply survive.

“Without a fair pay rise, employers and politicians will find they return from their own summer holidays to face an autumn of anger followed by a winter of discontent.”

Table 1: Share of total population and workers who can’t afford a holiday in all countries

Table 2: Estimated number of workers who can’t afford a holiday in all countries

Eurostat microdata was used to estimate the share of the total population (18-65) who cannot afford a holiday and work, weighted with cross-sectional weights provided by Eurostat in the microdata. These shares were then multiplied by the population aged 18-65 as provided publicly by Eurostat on its portal (demo_pjan), for 2019. This is an estimate of the total number of people who work and cannot afford to take a week’s holiday (not whether they do take one). 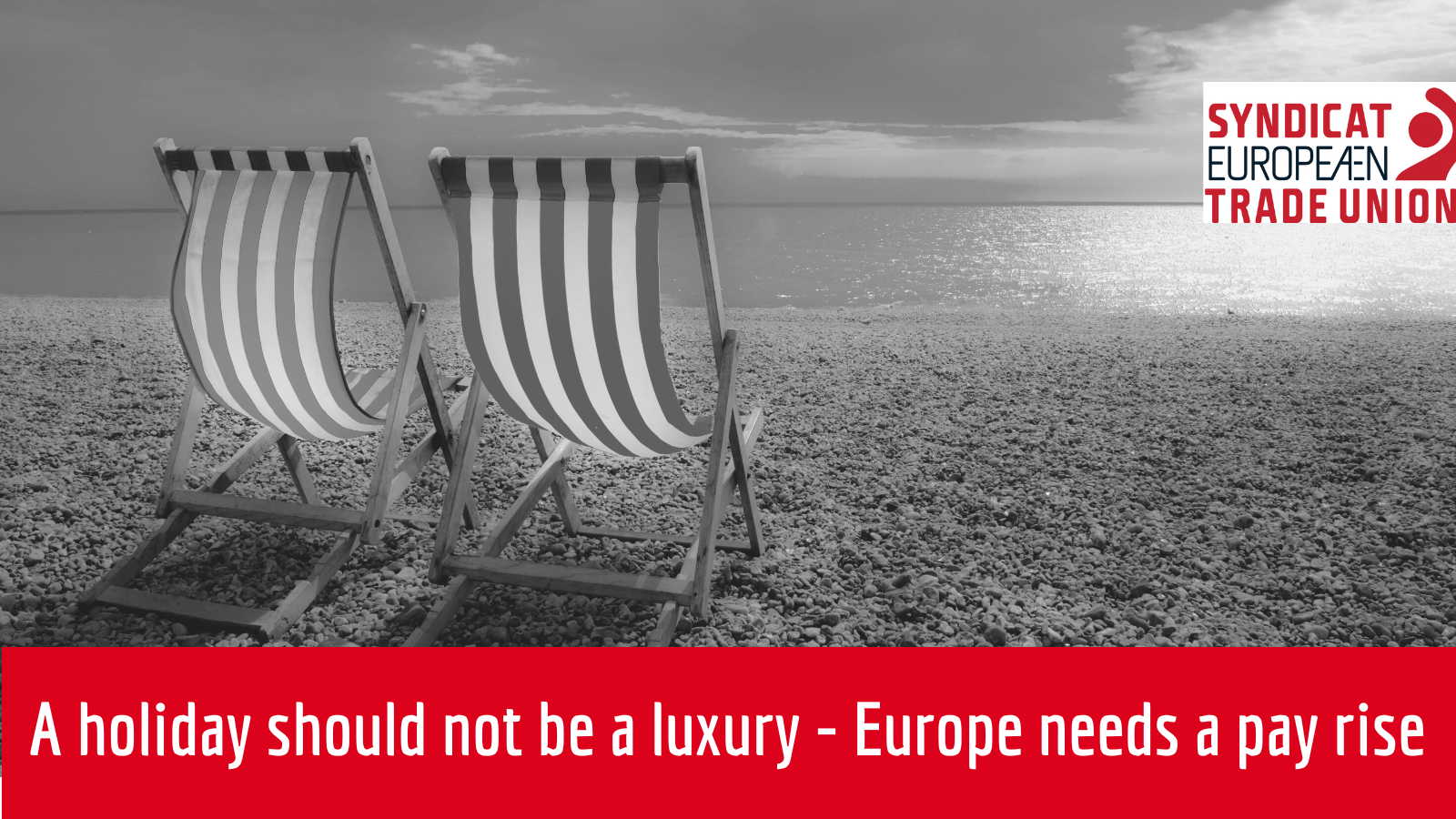