Influential MEPs have today committed to improving the Gender Pay Transparency Directive at a trade union protest for equal pay outside the European Parliament.

It came at a protest organised by the ETUC to highlight the important role of trade unions in closing Europe’s 14% gender pay gap, which included a flash mob dance with virtual participation in other European capitals and a dance performance showing the struggle of essential workers such as carers and cleaners to achieve equal pay. Photos and videos are available here:  https://www.flickr.com/photos/etuc-ces/albums/72157719478859130 and https://www.youtube.com/user/etucces

The demonstration was called ahead of debates in the European Parliament on the proposal for a Gender Pay Transparency Directive published by the European Commission in March. The proposal contains good principles but puts a number of obstacles in the way of women workers securing the pay equality they deserve and are entitled to.

Problems with the current proposal include:

After playing a key role in pushing the Commission to deliver the directive, trade unions will be key to ensuring equal pay legislation is made a reality in the workplace through collective bargaining.

The pledge signed today by MEPs states: “I commit to use my mandate as a member of the European Parliament to ensure that all workers can join a trade union and bargain for equal pay and that employers will be required to respect this fundamental right.”

The ETUC will continue to gather signatures from MEPs ahead of the Parliamentary debates on the Directive. Without the tools needed to enforce equal pay in the workplace, recent trends suggest women in Europe would have to wait until the next century for the gender pay gap to close.

“The Covid crisis has made the undervaluation of jobs dominated by women clearer than ever. Carers and cleaners are essential workers but too often living in poverty because of the gender pay gap.

“The EU pay transparency directive as it stands would shine a light on pay inequality but provides few practical tools needed to end it. We’re protesting today to demand MEPs give this legislation some teeth.

“The best way to achieve real results in the workplace would be to empower women to join their trade unions and bargain collective for equal pay. We’re delighted to have the support of senior MEPs and look forward to real improvements being made to the directive in the European Parliament.”

MEP Kira Marie Peter-Hansen: “Every worker must have the right to join a trade union, bargain for equal pay and employers must respect this right. That is why I am signing the ETUC pledge “Equal pay needs trade unions” today.”

MEP Evelyn Regner: "Everyone has a right to equal pay and to be represented by a trade union. As we have seen these go hand-in-hand: where trade unions are strong, working conditions and pay is higher and more equal. Especially now that women, on the one hand, were our heroes of the pandemic and, on the other hand ,the first ones to lose their jobs, it is essential to strengthen women and their trade unions with a robust Gender Pay Transparency Directive."

MEP Marc Angel: “The scope of the current proposal for a Pay transparency Directive is too tight and risks that roughly 67% of all workers in the EU will be excluded from the process. I am also worried the current text does not refer to gender and intersectional discrimination with a risk to not provide equal treatment for all workers. This is unacceptable. The Pay Transparency Directive should apply to all workers without exceptions!”

MEP Gaby Bischoff: “I welcome the Gender Pay Directive as a good step in the right direction as employers will have to shed light on salaries and average wages and have more obligations towards their workforce. However, these big gains for trade unions can be deluded because this directive includes a backdoor: Throughout the Directive trade unions aren’t referred to when it comes to workers' representation allowing employers to potentially circumvent trade union by choosing other representative groups. In my function as MEP I will ensure that this loophole is closed and that women can turn to independent trade union representatives when enforcing their right to equal pay" 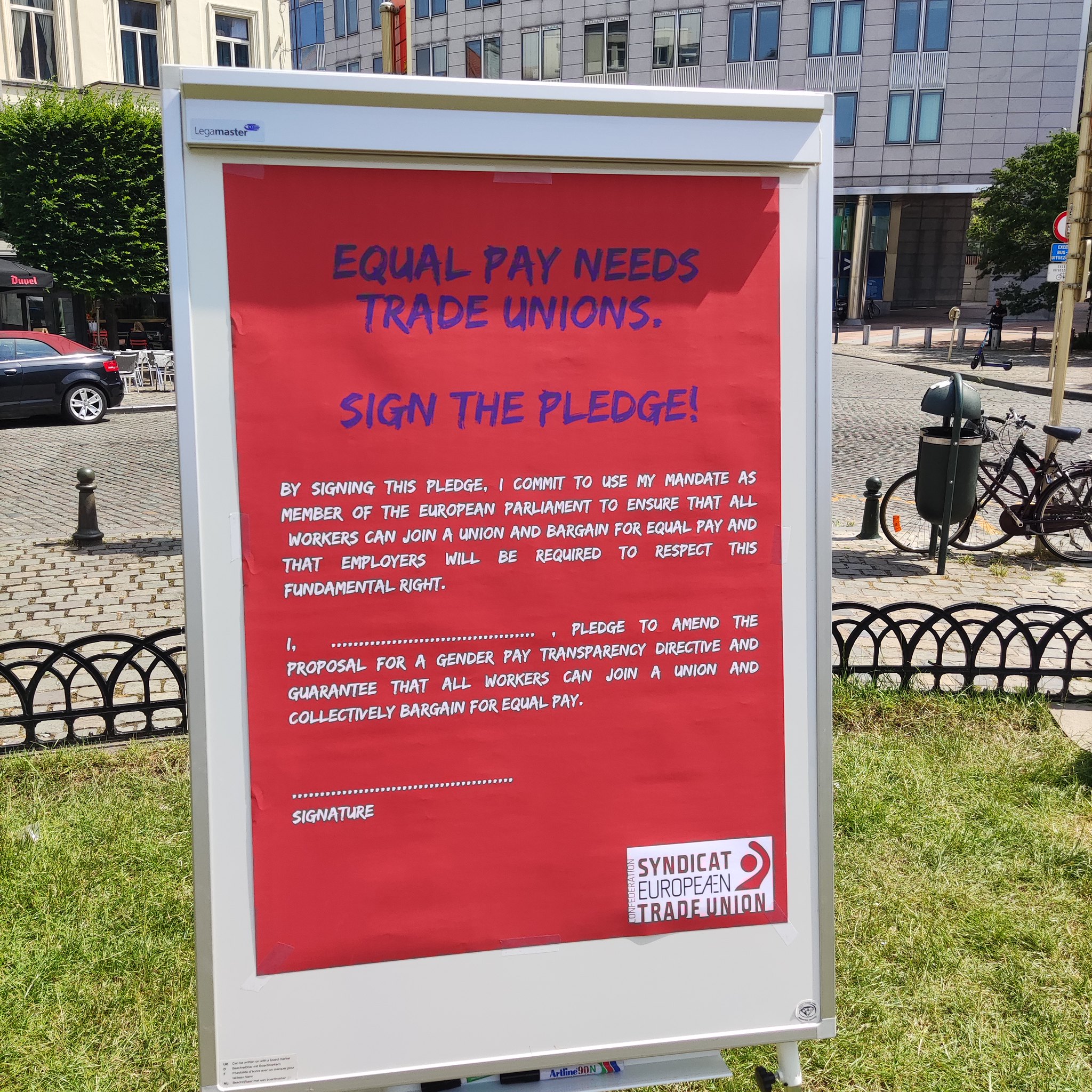