Trade unions are calling for the European Parliament to investigate Uber’s anti-worker lobbying of the EU following the Uber Files leak, which comes amid the company’s efforts to weaken a directive on platform working conditions.

The documents reveal that Uber have held 12 meetings with the European Commission which were not previously disclosed and that a former European Commission vice-president with responsibility for digital policy, Neelie Kroes, secretly lobbied on Uber’s behalf.

Uber’s EU lobbying operation has become even bigger since the period covered by the leaks, with a 16 times increase in lobbying spending by the company since it arrived in Brussels:

Uber has itself held 70 publicly recorded meetings with the European Commission since 2015, but is also paying up to €199,000 a year for outside lobbying assistance from Acumen Public Affairs, which has 38 lobbyists with accreditation to the European Parliament.

Today’s leak shows “Uber with the help of an advisory firm compiled lists of more than 1,850 ‘stakeholders,’ sitting and former public officials, think tanks and citizens groups, it intended to influence in 29 countries as well as European Union institutions”, according to the ICIJ team behind the Uber Files.

In an clear conflict of interest which reveals Uber’s ongoing influence on the EU institutions, Uber’s EU Policy Director, Zuzana Púčiková, holds a role as one of the European Commission’s climate ambassadors.

The Uber Files come as the European Parliament and European Council consider the draft directive on improving working conditions in platform work. Uber and other platforms are lobbying conservative and liberal ministers as well as MEPs to water down the draft directive.

Amendments to the directive proposed by Renew and EPP MEPs also echo exactly the demands made by Move EU, a platform lobby of which Uber is a member.

A strong directive, including a real presumption of employment, is needed to finally deliver fair pay and working conditions for millions of drivers, couriers, carers and other workers being exploited by platforms.

“This explosive leak comes as Uber are lobbying hard to try and water down EU legislation on the rights of platform workers. Details of secret dealings between Uber and EU policymakers will understandably damage the confidence of workers in the legislative process.

“That’s why European Parliament president Roberta Metsola must urgently initiate an investigation into Uber’s lobbying of the EU and suspend the accreditation of Uber’s EU lobbyists until its conclusion.

“The leak shows exactly what kind of company Uber really are, with its lobbyists willing to go to any length to rewrite the rules in their favour and simply ignore them when they can’t. Uber say they have changed but Pierre-Dimitri Gore-Coty, who is at the centre of this scandal, is still the head of Uber Eats which is lobbying against EU action on workers’ rights.

“If Uber want to show they’ve changed, they should stop lobbying against their own workers’ right to fair pay and conditions and engage in collective bargaining with trade unions across Europe.” 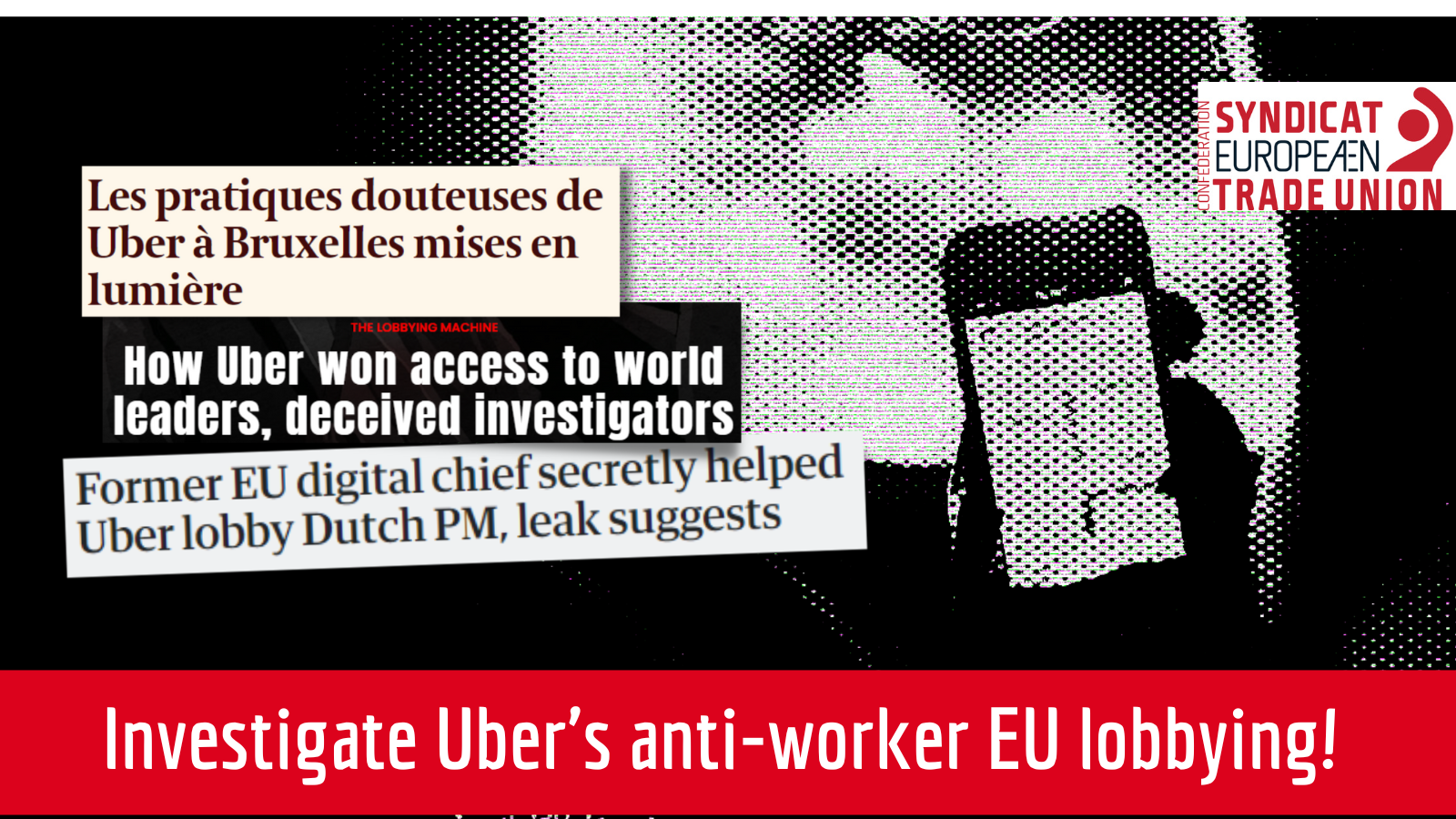