The ETUC cooperates with the Trade Union Confederation of Americas (TUCA) and especially with trade unions in the countries where the EU has free trade agreements, notably through follow-up committees established by the EU institutions to monitor arrangements. This is the case in Colombia, Peru and Central American countries.  Cooperation is also being developed with unions in Mercosur as well as within the framework of institutional cooperation between the EU and the Community of Latin American and Caribbean States (CELAC). 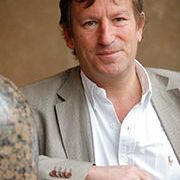